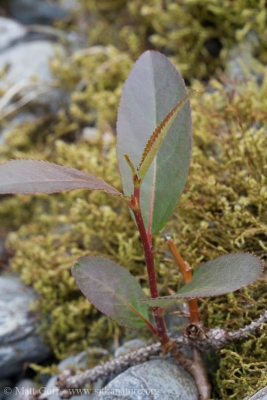 A couple of years ago I helped out on some of the environmental surveys for the Blue Lake hydro project (the city is going through the process of permitting to raise the dam and thereby increase the power supply for the community). While up there, I saw several species of plants that are not especially common elsewhere near Sitka (at least not along the road system), so it was not terribly surprising to find things I did not recognize.

The seedling pictured here was one such plant that I did not recognize (thumbnails link to larger versions). I saw several similar looking seedlings, always on gravel bars with little else growing around (so probably they had been reworked the prior fall). I eventually did figure out what they were, but I’ll save that for a follow up post in case there are some that would like to try to figure it out before learning the answer. 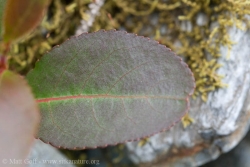 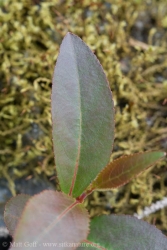 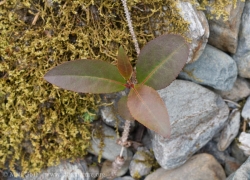