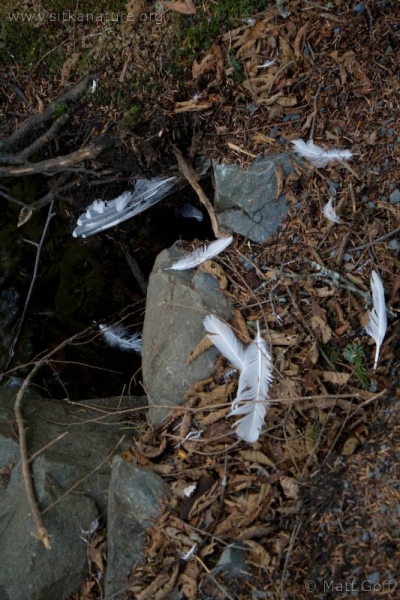 Last week I noticed a gull cached in the bank of the flume. In the days since, I have managed to stop by there a couple of times to check on it, and until yesterday it hadn’t looked much different to me. Yesterday, there was much less of the gull in evidence, with only a wingtip and a few scattered feathers visible from above. I am assuming the gull has mostly been consumed at this point. 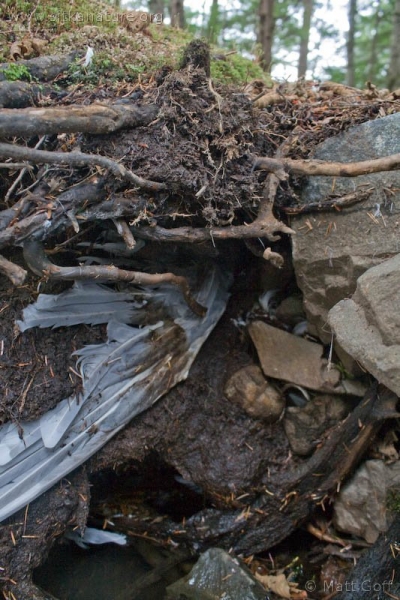 Connor noticed there was a hole above the bank beside the trail that appeared to be active and likely connected to the where the gull was stashed. I didn’t check carefully, but I think the hole was probably only 2-3 inches in diameter, a size that makes me think a mink is most likely who is working on the gull.