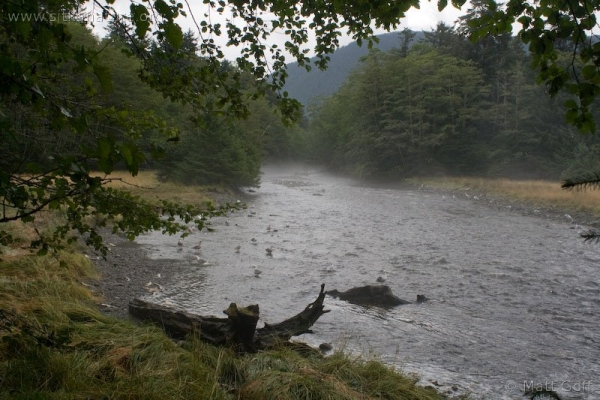 While walking at the park yesterday morning, Connor and I noticed this fog/mist hanging over the river. Connor thought it was from the stink of the dying salmon, since he had apparently previously seen it on the flume when salmon were dying in it. I’m not convinced that’s what it is from, though I guess it might be related to the fish in the stream (I don’t really remember whether I’ve seen it when there aren’t salmon in the river). 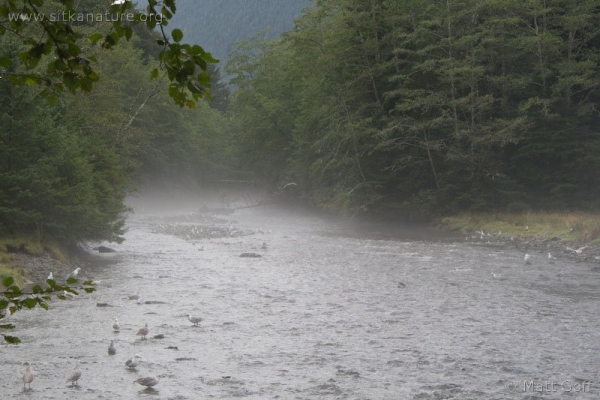