After getting camp set up in the first part of the afternoon, Kent, Kitty and I headed up the west (largest) valley draining into Blue Lake. I had previously been up as far as the fork where Camp Lake drainage comes in, but this time we continued further into the interior of the island.

Travel was made easier in part by how early in the season it was in the upper part of the valley – there was still a fair amount of avalanche run out snow that we were able to walk on top of. Where snow had melted, vegetation was still not fully developed, so we were not slowed down by dense growth. Later in the season, waders might be advantageous.

One surprise was finding abundant young stinging nettles (Urtica dioica) growing on avalanche track slope meadows. I had gotten used to seeing a few of them in the lower valley along the lake shore and mixed in with alders in the run out section of an avalanche area, but this was the most I had seen them. 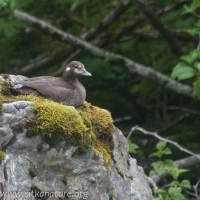 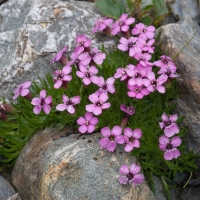 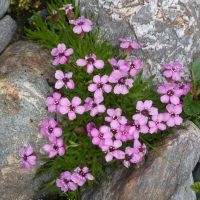 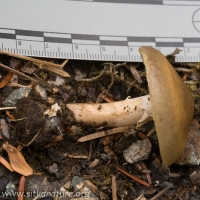 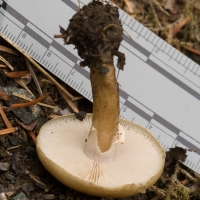 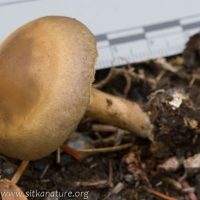 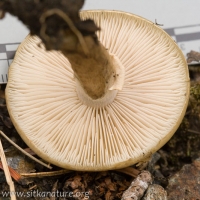 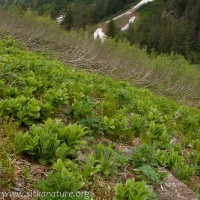 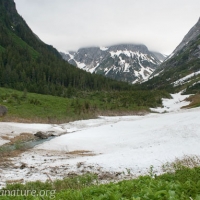 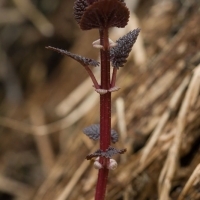 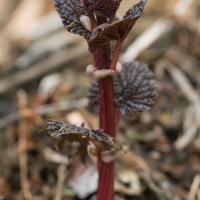 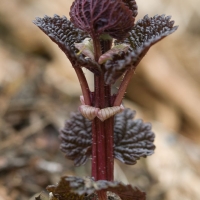 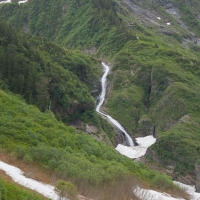 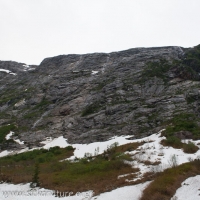 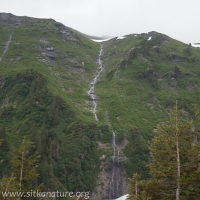 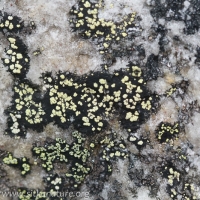 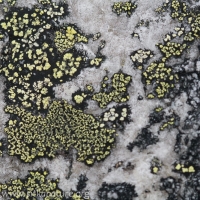