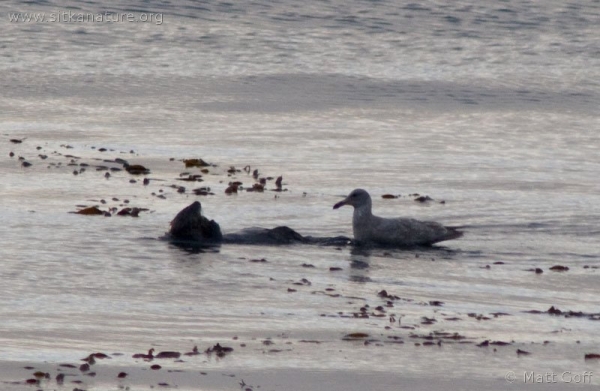 Early in January I noticed a Sea Otter feeding in the kelp patch right off the Sea Mart Parking lot. The juvenile gull pictured here followed it around pretty closely, presumably hoping to grab a scrap or two from what the otter was eating. Unfortunately, the light and distance were such that I could not make out what the otter was eating, but I imagine it was some sort of echinoderm or mollusc. While I was watching, it didn’t appear that the gull managed to get anything and it eventually drifted away from the otter. 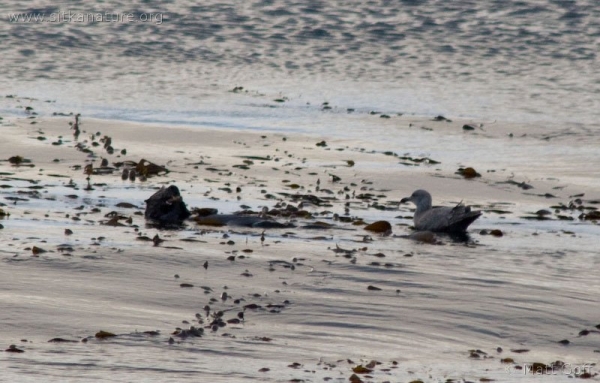