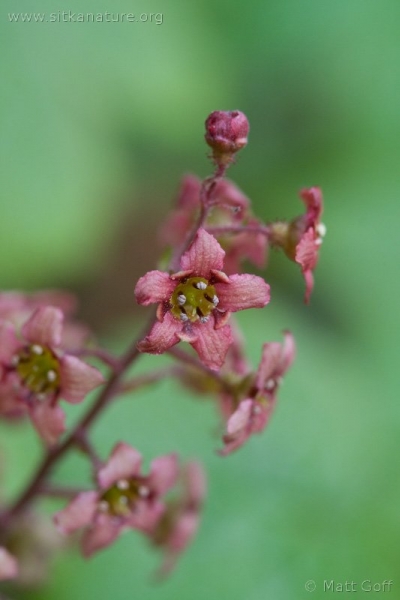 Bird migration has picked up substantially over the last few days. The last few days have also seen very low tides, and this morning I walked the beach at Totem Park.

Weather: Weather over the last few days has been variable, but it has tended to be fairly breezy. Mostly it has been overcast or mostly cloudy, but yesterday was partly cloudy. Snow level dropped to 1000 feet or lower a couple of nights.

Birds: The shorebird numbers really picked up this week. Totem Park seems to be the hotspot this year along the road system. The birds have been moving on and off the beach with the tides; I’ve seen huge differences in abundance over a couple of hours. I think many of them fly over to the islands across Crescent Bay when the tide is up. When they’re at peak abundance, I think there have been well over 1000 birds in a fairly concentrated area on the flats. The most I saw on one occasion was probably at low tide today, though they were more spread out than on other days when the tide was up further. I estimated about 1000 Black Turnstones, a couple of hundred Surfbirds, probably several hundred Dunlin and Western Dandpipers, I’m not sure how many Rock Sandpipers, but probably well over 100. There were also 20-30 dowitchers.

Overall the largest numbers of shorebirds were definitely the Black Turnstones. In addition to the species mentioned above, there were also several Pacific-golden Plovers and a Ruddy Turnstone on Sunday.

In addition to the shorebirds, there have also been a lot of dabbling ducks at Totem Park. High counts (though not all on the same day) included an estimated 75 Green-winged Teal, 50 Northern Shovelers, a couple dozen American Wigeons, and at least as many Northern Pintails, plus lots of Mallards.

Yesterday I heard then saw the first Orange-crowned Warblers I’ve observed this season.

Flora: Flowers I have seen blooming (or close to doing so) so far include, Siberian Miner’s Lettuce, Trailing Currant, Salmonberry, Alaska and Early Blueberries, Red Huckleberries, and Stream Violets.