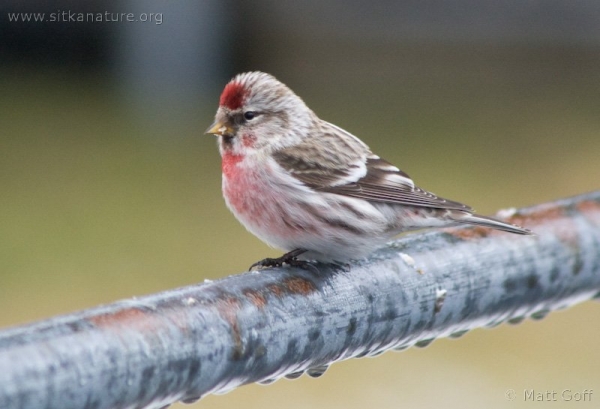 It’s been awhile since I managed to keep track of my daily observations, and in that time, Spring-like symptoms have definitely started to develop. There are several species of birds singing now, the herring fishery has taken place, more insects are flying about, many crocuses are blooming, several plant species are leafing out, blueberries are blooming, salmonberry flower buds are swelling, and it’s staying light well into the evening. With more going on, I decided I would switch back to more of a daily format.

I did not spend much time outside today, just what I had when dropping Rowan off and picking her up at preschool.

Weather: Overcast and cool. It snowed early this morning, and there was a very light rain later in the morning. Winds were calm.

Birds: Birds I heard singing today included Winter Wren, Varied Thrush, Dark-eyed Junco, American Robin, and Song Sparrow. The robin’s song seemed a bit tentative, but I heard it sing a couple of phrases from across Swan Lake while I was there. In addition, there was a Northern Flicker calling from the top of a tree at the end of Hillcrest Drive.

Other birds I noticed today included a pretty good number of Common Redpolls, lots of Pine Siskins, a Golden-crowned Sparrow, a couple of White-crowned Sparrows, an American Tree Sparrow, and several Dark-eyed Juncos along Park Street.

At Swan Lake there were plenty of scaups, and the Cackling Goose is still hanging out with the Mallards. I did not spend too much time there and did not see anything else that caught my eye.