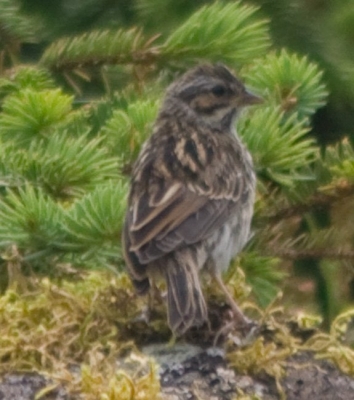 I’ve included below photos of typical fall Savannah Sparrows that I’ve taken around Sitka, as well as the two shots I got of the mystery sparrow.

Update: The first couple of responses I received suggested I consider Lincoln’s Sparrow. I had not looked specifically at Lincoln’s Sparrow because that’s a bird I felt familiar with, but upon looking a little more closely, I can see some resemblance. The two main problems I have are the lack of buffy coloration, particularly on the malar. What buffiness the mystery sparrow has is on the auriculars (I think I’m using the terminology correctly). Also, the mystery sparrow does not seem to have a streaked throat, which Sibley’s suggests they usually have. Another difficulty is that I’ve never seen a Lincoln’s Sparrow at upper elevations around here. That does not mean they don’t get up there, but so far, in my experience, I’ve only found them at lower elevations. 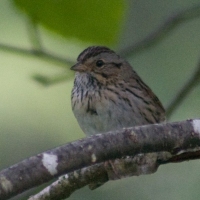 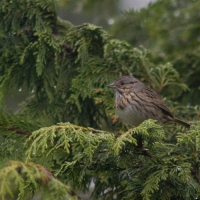 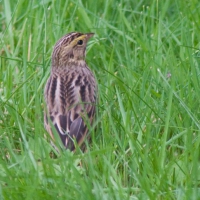 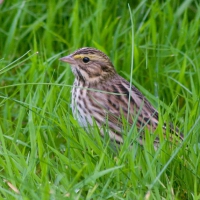 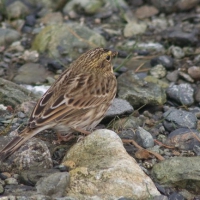 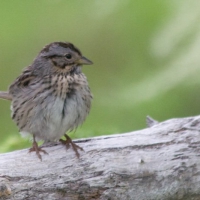 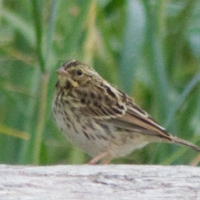 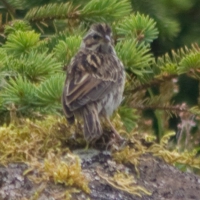 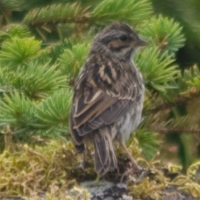